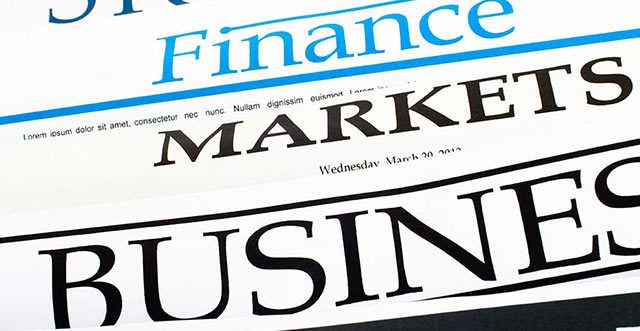 These positive results coincided with better-than-expected earnings growth. According to Bloomberg Intelligence, as of March 30 with 99 percent of companies having reported, fourth-quarter earnings for the S&P 500 were up by 5.8 percent. This result is much better than analysts’ initial expectations for an 8.8 percent drop.

Technical factors were also supportive. Despite some volatility, all three major indices remained above their 200-day moving averages for the third straight quarter.

Fixed income markets had a more challenging time. The 10-year Treasury yield ended March at 1.74 percent, up from 0.93 percent at the start of the quarter. Long-term rates rose due to increased expectations for growth and inflation as the economic recovery continues. The Bloomberg Barclays U.S. Aggregate Bond Index fell by 1.25 percent for the month, which contributed to a 3.37 percent decline for the quarter.
High-yield fixed income saw more positive results. The Bloomberg Barclays U.S. Corporate High Yield Index gained 0.15 percent during the month and 0.85 percent during the quarter. High-yield spreads ended the month at their lowest level since the start of the pandemic.

Medical Risks Back in Play

The combination of the economy reopening and the spread of more contagious variants of the virus has increased risks again. Case counts started to creep up in March, the number of tests fell, and the positive test rate increased. Vaccination efforts improved, however. We finished the month with 16 percent of the population fully vaccinated and 29 percent of the population having received at least one dose.

Despite the rise in medical risks during the month, the economic data continued to improve. March’s jobs report showed a gain of 916,000 jobs. Much of those gains were concentrated in the leisure and hospitality sectors. We also saw a decline in the average number of weekly unemployment claims in March.

As you can see in Figure 1, the Conference Board Consumer Confidence Index hit a new post-lockdown high in March. This indicates consumers are starting to see a light at the end of the tunnel.

Consumer spending saw a dip in February. It was largely due to the inclement winter weather during the month, however, as well as the fading impact from the December stimulus package. Manufacturer confidence finished the month at its highest level since 1983 due to strong buyer demand and low business inventory. Business spending saw a modest weather-related decline in February.

The Progress Is Real, but Risks Remain

We made real progress with vaccinations and the economy during the month. But even so, the rising case counts toward month-end served as a reminder that the medical risks are still out there. The economy looks to have enough momentum to ride them out until the pandemic is brought under full control, however. As always, a well-diversified portfolio that matches investor goals and timelines represents the best path forward for most. If concerns remain, contact your financial advisor to discuss your financial plan.